Following up on a busy weekend of pre-Emmy events, LAPR paused our focus on television and switched our sights to the music scene as they attended the 2014 MTV Video Music Awards.

But it’s not just the music that people talk about, and like every event, it’s not just who you are, but what you’re wearing.  Arriving at The Forum in Inglewood, California, LAPR and client Beau Casper Smart took to one of the most active red carpets there is, filled with thousands of fans, musical performances, and media. 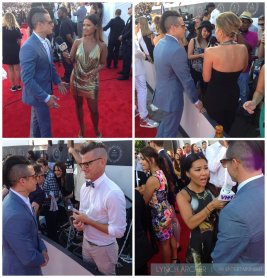 Smart recently was the choreographer on Nicki Minaj’s music video for her new single “Anaconda”, that broke a Vevo record this weekend for most views within 24 hours, beating out previous record-holder, Miley Cyrus’s “Wrecking Ball.”

Named the Creative Director for the VMAs opening number, “Bang, Bang” featuring the “Anaconda,” artist Nicki Minaj along with Ariana Grande and Jessie J, Smart set the event off with the jaw-dropping act that immediately had people talking.

With names like that associated with his work, Smart had lots to talk about with Red Carpet media like Entertainment Tonight, VH1, and E!.

You can watch the performance of “Bang, Bang” here on MTV.

MTV’s Video Music Awards are chosen by the fans, and the fans were certainly highlighted on the VMA’s Red Carpet. Smart took time from posing for media to grab selfies with fans before heading into the event.  He was joined on the Red Carpet by such celebrities like Tyler Posey, Nina Dobrev, Wiz Khalifa, Amber Rose, The Kardashians, and Gwen Stefani. 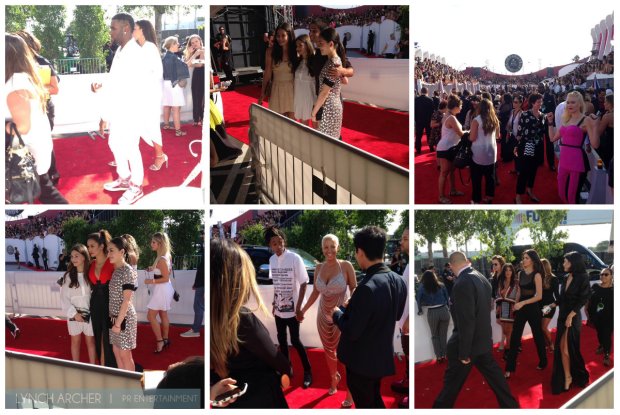 Both Beau Casper Smart and Lynch Archer PR had an excellent time at the event, and you can check out our Facebook, Instagram and Twitter for more behind the scenes action from our night at the 2014 MTV’s Video Music Awards.